The Global Network of Payment Flows

Within the payment network, nodes represent countries. Directed links show the flow of messages, whilst the link weight representing the number of messages between each country. The Data forms a time series of networks with a clear network for each month between January 2003 and July 2013. 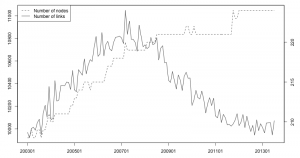 Cook and Soramäki found that global political and economic events affect certain aspects of the MY 103 networks. The pair hypothesized that the reduction in messages sent after 2007 is primarily due to increased regulations resulting from the financial crisis. 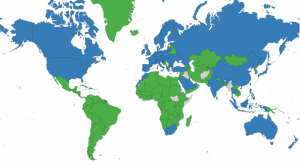 This map shows the community classification from the most recent network with countries, coloured by community. 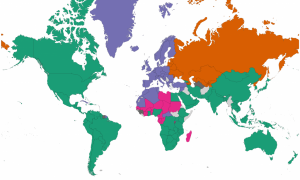 A further look at exchanges between countries showed that half the total message volume came from 17 countries. Cook and Soramäki then calculated the maximum spanning tree, which retains only the essential links in the network to reveal two clusters. The first cluster formed between European countries and Germany, and the second cluster formed between American Countries and the United States. The United Kingdom linked both sets, creating a bridge between the two.

Fnality International partnered with FNA to help design their new payment system and quantify the benefits for their participants by means of simulation.   Introduction   Financial markets face unprecedented challenges. These challenges include fragmented and inefficient post-trade processes, liquidity constraints and complex and costly risk management. To address these challenges, Fnality is developing a […]
18 Jan 22

The CBDC Broadcast: Rewind   Catch up on FNA’s new 60-minute webinar, The CBDC Broadcast, hosted by Will Towning. The webinar covers the latest CBDC-related news and events and features input from the brightest minds in the industry to provide a clear and concise overview of the latest developments in the world of CBDCs.  Catch up […]
18 Jan 22

Episode #1: Quantifying the Impact of CBDCs   How can central banks, commercial banks and other organisations use simulation technology to understand the impacts of introducing a CBDC? Dr Kimmo Soramäki and Dr Carlos León explore how financial organisations can benefit from simulations and introduce FNA’s CBDC Simulator. Watch the webinar recording now.
Subscribe to our newsletter:
Copyright FNA © 2022 | Privacy Policy